The Stigma of Self-Published Authors 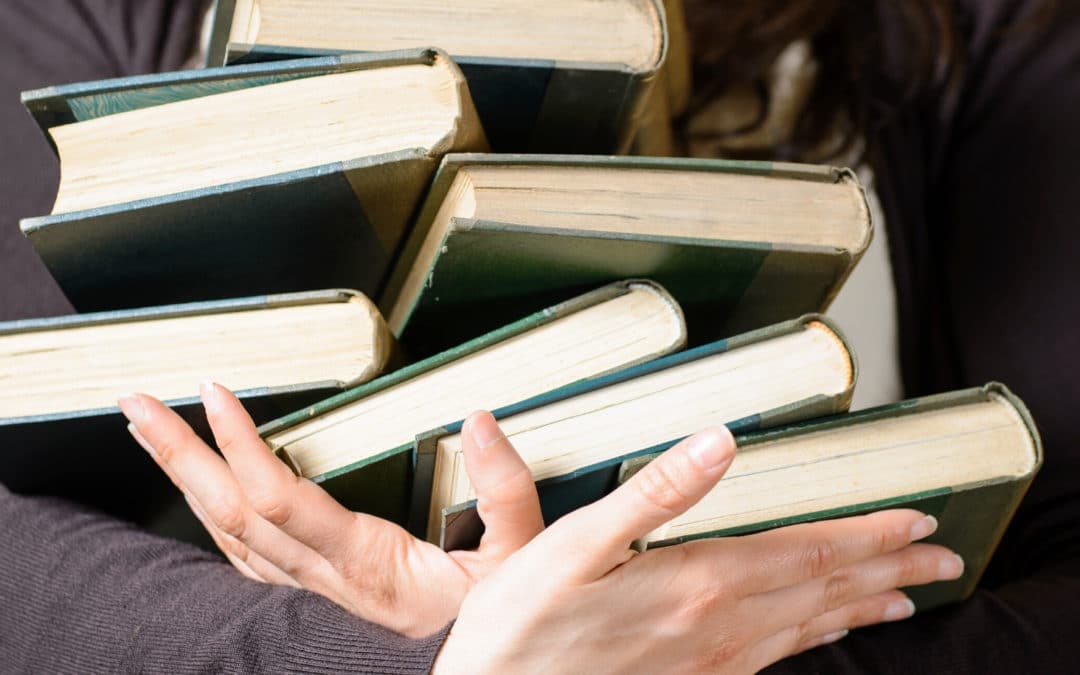 There's a bit of a stigma of self-published authors — I'm sure you've seen it around in various groups. And it's this stigma, I believe, that causes so many people to say “book deal or bust.”

As a ghostwriter and editor, I have helped several clients and authors publish their books. Some have gone traditional publishing, some are self-published authors… heck, some of them have even started their own publishing company.

Yes, I've been around authors on both sides of publishing. I have agonized over writing blurbs, query letters, searching for agents, teaching authors how to market, and even walking authors through the process of self-publishing. I've been there.

I'm right there marching with them to help them through their pain and get their books published with the highest standards possible. In many cases, standards even higher than those to which many publishing companies hold their represented authors.

I've also been on the other side: the reader who picked up a self-published book only to see glaring errors. Errors so grievous I had to put the book down because I just couldn't even. Books in which the narrator did more than the characters. Or that carried the same book cover I've seen on dozens of other self-published books. The bad fonts, the bad illustrations, the bad formatting.

I've even seen the plagiarism! Okay? I've seen it all.

And nothing gets to me faster than when one author puts down another author simply because of the path he or she has chosen. I don't even like it when one author puts down another author because the writing isn't as good — but at least that's something. Putting them down because they chose to self-publish? Excuse me, but just who do you think you are? And yes, this particular post is being written in direct response to seeing a certain article published yesterday, but the fact of the matter is that this was not the first article of its kind. There are dozens of articles out there spitting at self-published authors.

The Stigma of Self-Published Authors

So, this is my response — sort of as a mediator. Because despite the many strides and efforts of some amazing authors, there are still blog posts and articles floating around spouting off the elitist and downright hurtful stigma of self-published authors that somehow they are not as good or as deserving as traditionally published authors.

Well, guess what. It's time for that stigma to end.

Readers don't actually care who published which book. They don't. Do you want to know what readers care about?

The book. Are the characters relatable? Is the plot well thought out? Is there mystery, suspense, love, and complexity? Do they like the story. And guess what? You can get these things without an agent and without a publishing company. It comes from the writing, something the publishers have no influence over at all.

Plenty of People have not made Writing Their Life's Work

That's right — not every author spends every waking minute of their day writing. Some are doctors, other are McDonald's burger flippers. In fact, most writers have other jobs because most writers have these things called bills that have to be paid. Believe me, I've tried telling my electric company that I would pay as soon as I sold my first million copies of my novel (which is currently under submission to publishers). They didn't really like that. They wanted their money now. Can you believe their nerve?

Writers get better by writing — not necessarily by writing for a living. Yes, some grasp it faster, some master it faster, and some just have a natural talent for storytelling. But they didn't get published first and then download the mastery. This isn't the Matrix…

And while we're at it here, plenty of self-published authors have made writing their life's work. Something you clearly either didn't know or didn't understand when you decided to attack them all. For many of us, writing is  our full-time job even though submitting to agents and publishers is not. I know plenty of amazing authors who choose to self publish because they want the creative control over every aspect of their finished book — and that has nothing to do with any of those gatekeepers…

Speaking of Those Gatekeepers

I really hate to break it to you (not really) but publishers and agents are not the gatekeepers of all things literary. Readers are.

Readers ultimately determine the overall worth, value, and quality of the books they read. They notice the spelling and grammar errors and they determine whether or not those errors detracted from their reading experience. And most of those same readers have found just as many errors in traditionally published books. So clearly agents and publishers are not the best defenders against these things.

Sure, agents and publishers need the writing to be good and the stories to make sense. They need compelling stories that hopefully bring readers back for more from that author (not necessarily from them — readers have exactly zero loyalty when it comes to agents or publishers). That's why publishers and agents use editors and proofreaders. Because they aren't necessarily a good judge on which stories are written better…

But they are a good judge on which stories can they sell.

That's right. Publishers and agents are all about the distribution — not the writing. Can it sell and through which channels. That's it.

In many cases, the publishers don't even cover the bulk of marketing — authors do.

Traditional Publishers Aren't Always What They're Cracked Up to be.

There are far too many times when a traditional publisher has breached a contract, changed their mission values or goals, or failed to deliver on their promises. I have friends who found that the book that was published wasn't even the book they wrote, it had been changed so much from their original story and vision to suit the publisher's view. And what are the affected authors left with after? Being forced to purchase back the rights to their stories so they can try somewhere else – yes you read that right: purchase back your own story so you can do it the way you want.

Publishing a book isn't easy – but it's not exactly hard, either. There are a lot of steps to track, which makes it look big and overwhelming, but with the right tracker and if you take your time, you can do a good job of it.

And when you self-publish, you control everything:

You see, traditional publishers have to balance you out with their other clients, which might mean releasing your books at slower intervals or with long gaps in between. But if you're self-publishing, then the only thing you have to balance out is your own marketing schedule.

Is your audience begging you for the next book? Then it's probably time to go ahead and give it to them.

In the end, no one cares what you think about Self-Publishing

Personally, I don't care if you never self-publish. Good for you. But bashing or degrading those who do choose the self-publishing route is just a mean and crappy thing to do, and I am not down with that either.

If you don't like self-publishing because you've bought into some stigma that it isn't good enough for you, then don't do it. Keep writing those query letters and mind your business — and the indie-author community, I'm sure, will happily mind theirs.

And for you Self-Published Authors, you are not off the hook

Don't think for a minute that just because I am unhappy with the elitist snobbery spewing from a select few traditionally published authors that this in any way means some of you aren't doing your jobs.

Like I said earlier, it is time for that stigma to change. And do you know who is on the front lines for that change? You. Get betareaders, hire editors, put together a street team, hire a real artist for that book cover.

The reason there is a stigma is because there are still a lot of people zipping off a first draft and running it straight to Amazon without giving a thought to the quality of the story. Most of the time, these are also the books sitting at next to no sales with one 5 star review from Mommy and a batshitzillion negative reviews from others (or worse, paid reviews).

The elitists are not going to change their minds simply because you said so. You have to show them how amazing you are. And you aren't going to do that by appealing to them, but you can do that by catering to your readers. And that means pumping out the best book of the best quality without the deep pockets and resources that agents and publishers have to spend on editors.

You can do it, I know you can. I've seen you do it! So the next time someone tries to tell you that you're not as good as they simply because you chose a different path, sit down at your work in progress and motivate yourself…

Make them eat your words.